Cemetery of the Day - Mt. Hope in Bangor, Maine

Mt. Hope is the subject of my cemetery of the day. I love Mt. Hope. It is a lovely garden cemetery in Bangor, Maine (the town made famous by Stephen King just because he lives there--when he's not in Florida). It was established in 1834 and is the second garden style cemetery in America. It consists of 300 acres of rolling hills, beautiful trees, ponds and just plain loveliness.

In 2004, my husband and I traveled to New England. One of my dreams had been to go to Maine. Ever since reading my first Stephen King book (Firestarter; I was in sixth grade), I wanted to go to Maine. I wanted to live in Maine. I hadn't even been there, and I knew it would be magnificent. And it is. It was a long time coming. We drove from Boston to Bangor, and let me just say that Maine is a really big state. It's as long as Illinois, and that's long. But it was worth the trip. Not only did we get to stand in front of Stephen King's house (I wasn't stalking you really, Mr. King), we also found Mt. Hope Cemetery.

Not only is Mt. Hope historical and beautiful, which are the two things that bring me to cemeteries, it was also featured in the movie Pet Sematary, based on the King book. The horror-meister also appeared in the movie.

I wandered the grounds as much as I could, taking pictures of everything. But there was so much. So much I wanted to see and still do. I saw incredible sculpture, white bronze, modern military memorials, tiny simple markers, and the little metal markers that the cemetery uses until a stone can be placed (but this one dated back many decades).

If you are ever near this cemetery, do not miss the chance to visit. It is indeed worth the time. and you'll want to take a lot of time there.

Why aren't my links coming through on here? Grrrr.

http://twitter.com/cemeteryminda
Posted by Unknown at 8:32 PM No comments: 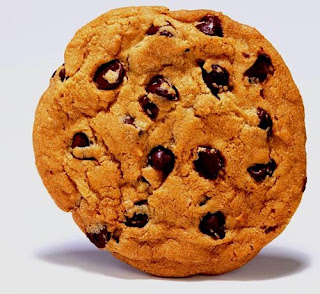 Did you know that I'm on Twitter? I didn't either!!! Well, I did, but then I forgot. And then I got a whole new deal, so I could start fresh. So I did, and now I am. And I've been tweeting tonight and a little bit earlier. But I wasn't sure what to say. So I linked to this blog. And now you're reading my blog, and I'm telling you about Twitter. So you'll probably (maybe) go to Twitter to find me, and then it will direct you back here. Then you'll read this post and go back to Twitter, which will send you back here ... to which you will agree with me that I wish I could access Facebook from the home wireless connection any time I want to because I'm probably much less annoying on Facebook because people expect my antics on FB. But not here. Face it, I seldom post here. Because I've been lame. I'm hoping to resolve that. Is that the right word? Rectify? Requiem? This is what I get for eating a big, delicious cookie when I should be getting ready for bed. 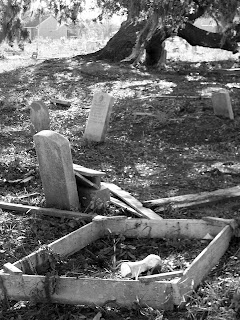 To get myself back in the swing of blogging, I've decided to select a cemetery of the day and do a little show-and-tell. The first cemetery I've selected is my favorite in New Orleans.

The first time I visited this cemetery back in December 2003, I fell in love with it. Holt is a cemetery for the poor and indigent, but I can't say it's a poor cemetery for it is rich with life and remembrances.

I've visited a great number of cemeteries, but not have the heart and sweet intensity of Holt. Located at 635 City Park Ave., it's near Delgado Community College but not much else, really. In fact, when I went back in December 2005, the cab driver and I had a heck of a time finding it.

It's often overgrown with weeds and tall grass. The grave markers (not all are gravestones) can get swallowed up in the greenery. But even though the ground is difficult to navigate (interments here are actually underground burials) due to the shifting of the earth from sinking graves, the lack of vaults and the tempestuous weather that New Orleans in known for, it's worth the risk of a twisted ankle to get into the thick of things at Holt.

Holt was established in 1879 and is owned by the city. While plots are no longer sold, burials still take place on the grounds in family plots. In fact, when I was there on a whirlwind tour with New Orleans historian and tour guide Rob Florence, a burial was taking place. First I didn't realize it was a burial. There was no back hoe, no family was present. Just one man with a shovel. The casket (assuming there was one) must have already been in the hole. I have a photo of the gravedigger at work in my book "Cemetery Walk." When I asked Rob why he wasn't using the modern equipment, he told me that the big equipment couldn't maneuver on the grounds. A back hoe would tip over and be of no use. All the grave and dug by hand, the old-time traditional way.

The grave markers themselves range from traditional gravestones to handmade. One grave has a coping made of white-painted cinder blocks. Some have crosses with names and dates painted on them. Others merely have upright pieces of wood with the names without any dates. In a family plot, people are essentially stacked upon one another as they are buried. Eventually all the bones mix together. In fact, it is not uncommon for pieces of bones to rise to the surface in this cemetery. During the clean-up day I attended after Hurricane Katrina, I came across a number of bones. It's hard to describe what that was like. I come from the Midwest, land of perfectly trimmed garden cemeteries. People are buried neatly in caskets and inside vaults. At Holt, there could be a wooden coffin, maybe a casket, maybe nothing. I can't say for sure, but it's a different world in that cemetery.

While Holt may sound like a sad place, it is just the opposite. For me, at least. It's a very active cemetery. Toys and flowers and objects of love are constantly placed throughout the cemetery. A child who died in the 1970s still has fresh toys left on her grave. Money doesn't mean everything. Holt gives new meaning to "it's the thought that counts."

There are some famed notables buried in Holt, too. Jazz cornetist Buddy Bolden (of the early 19th Century and Storyville times) is buried there. There is a large monument, by Holt's standards, that proudly stands in the cemetery, though the actually location of his grave is unknown (he died in 1907). Singer Jessie Hill is also buried there. He is famous for his R&B song “Ooh Pooh Pah Doo.”

Below I've included some links to blogs or articles on dear Holt. They feature photos of this amazing cemetery. The next time you visit New Orleans, make sure to stop by Holt for a visit and to pay your respects. And tell the residents that Minda sent you.

Visits from my friends